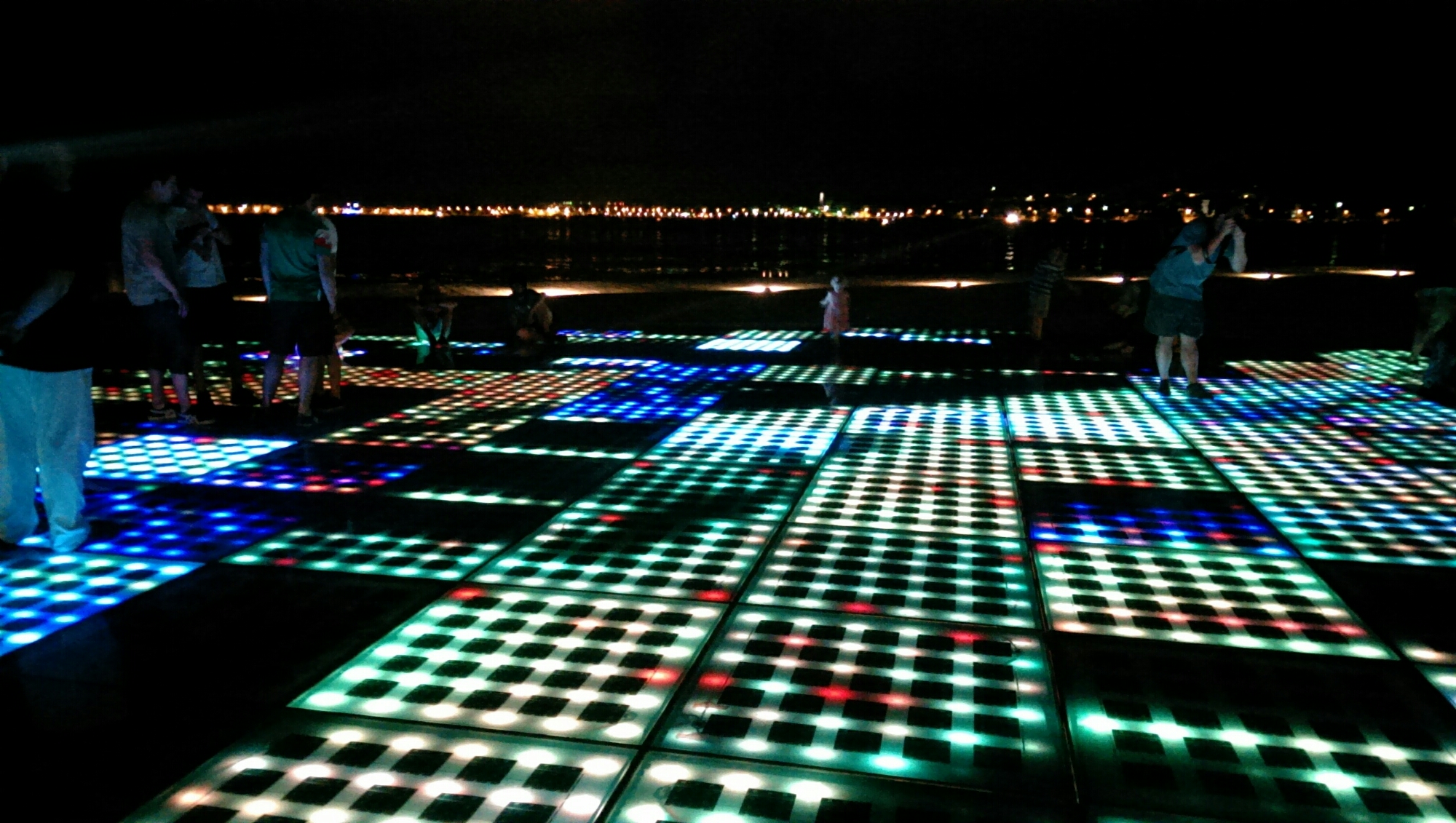 Quite simply, Zadar is a delight of a city. Within moments of leaving our great apartment, Villa Lipa, we saw a beautiful sunset which leads me to fact of the day… Alfred Hitchcock off of the movies thought Zadar sunsets to be amongst the most beautiful he’d ever seen. Having seen the midnight sun in Lapland I’d have to disagree, but it was a stunning sunset all the same. After admiring the sun and the water, we took the ferry boat across the water to the old town and headed straight for the two pieces of public art that make Zadar stand out. 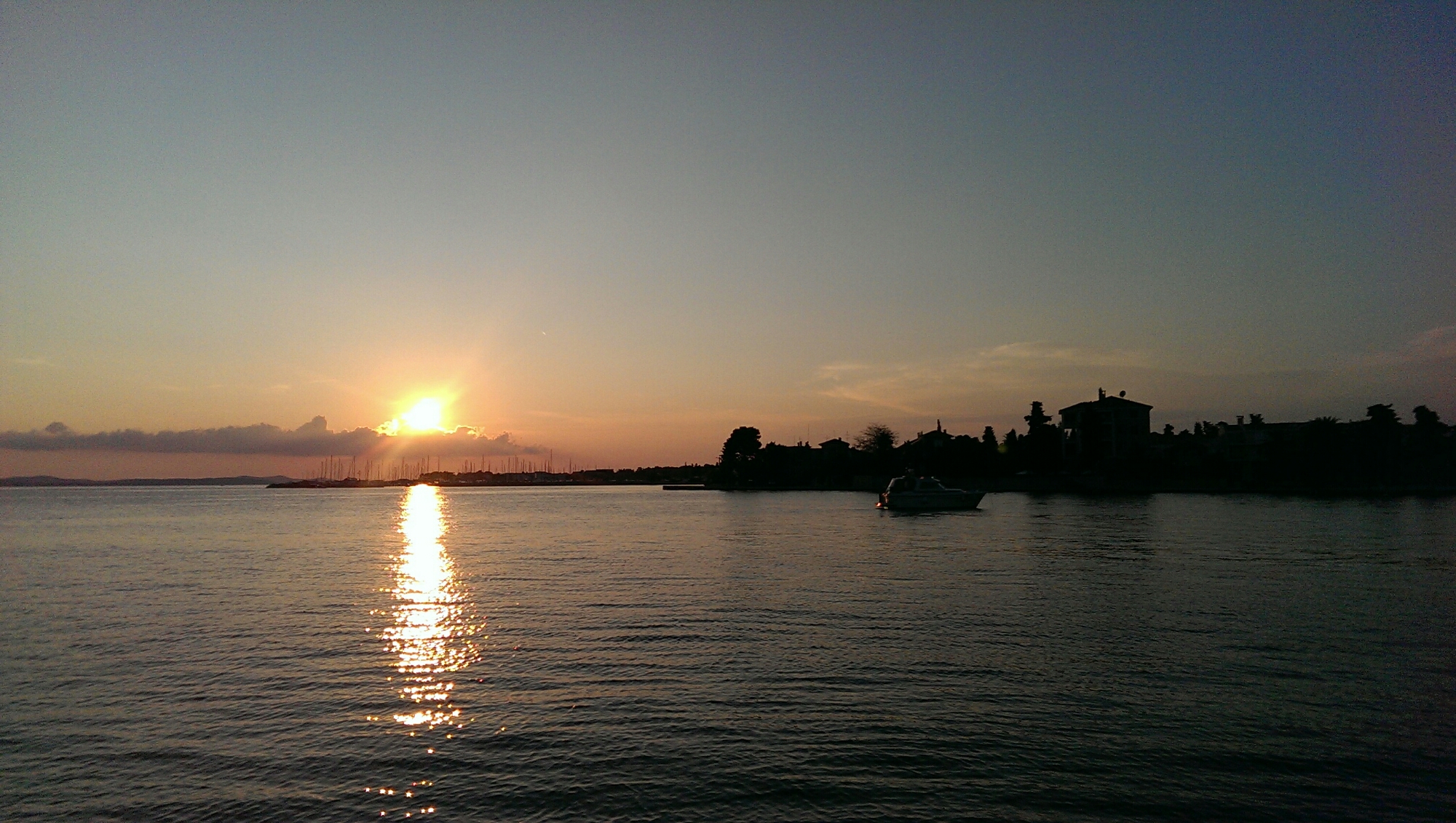 The sea organ uses a series of pipes under the steps by the sea and water flows into it, generating a soothing sound. The second piece is the greeting to the sun which uses very whizzy technology but in simple terms it uses solar panels to create a stunning  light show in the evening.

The old city itself is charming, scattering Roman ruins among a smart clutch of modern buildings and beautiful churches. Zadar felt more like the real Croatia, it didn’t seem to be loaded with day trippers and people were enjoying the balmy evening. We headed to Fosa for food as I was craving fish (but also fearful of shells, heads and tentacles) and to my delight the gratinated fish of the day was fillet of sea bass. And it was sensational. Croatia had not impressed me with good up to this point, I suspected someone had decided that if all flavours were turned down, all tourists could enjoy it. Fosa had ignored this and if it wasn’t for the racist Aussie sitting on the table next to us, it would have been a perfect meal. 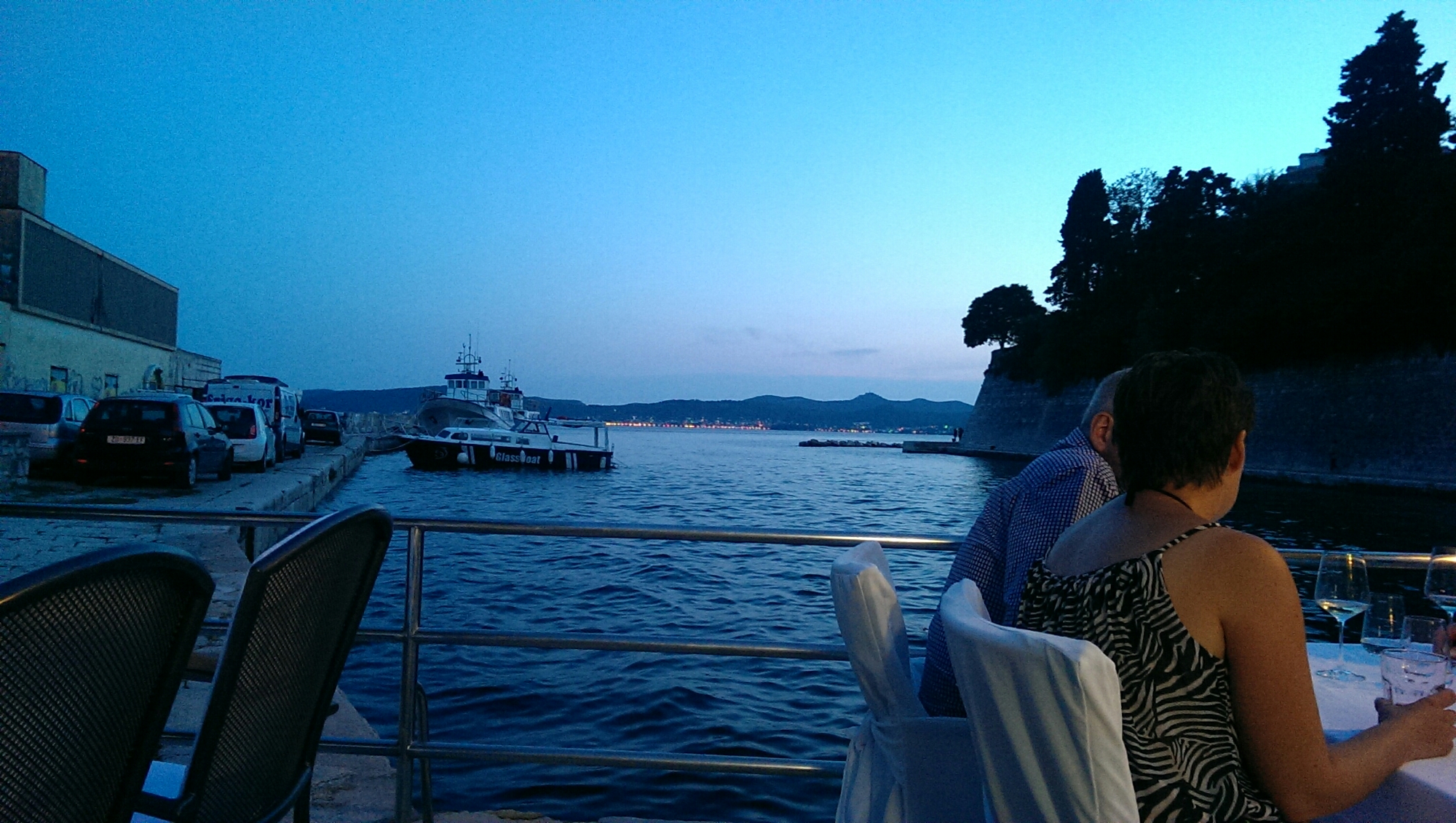 To finish our night off, we wandered the alleys of Zadar, finding it to be the most prosperous-feeling city we’d been to and the most livable. Back at our brilliant apartment, we sat outside on the terrace until the mosquito attacks became unbearable.