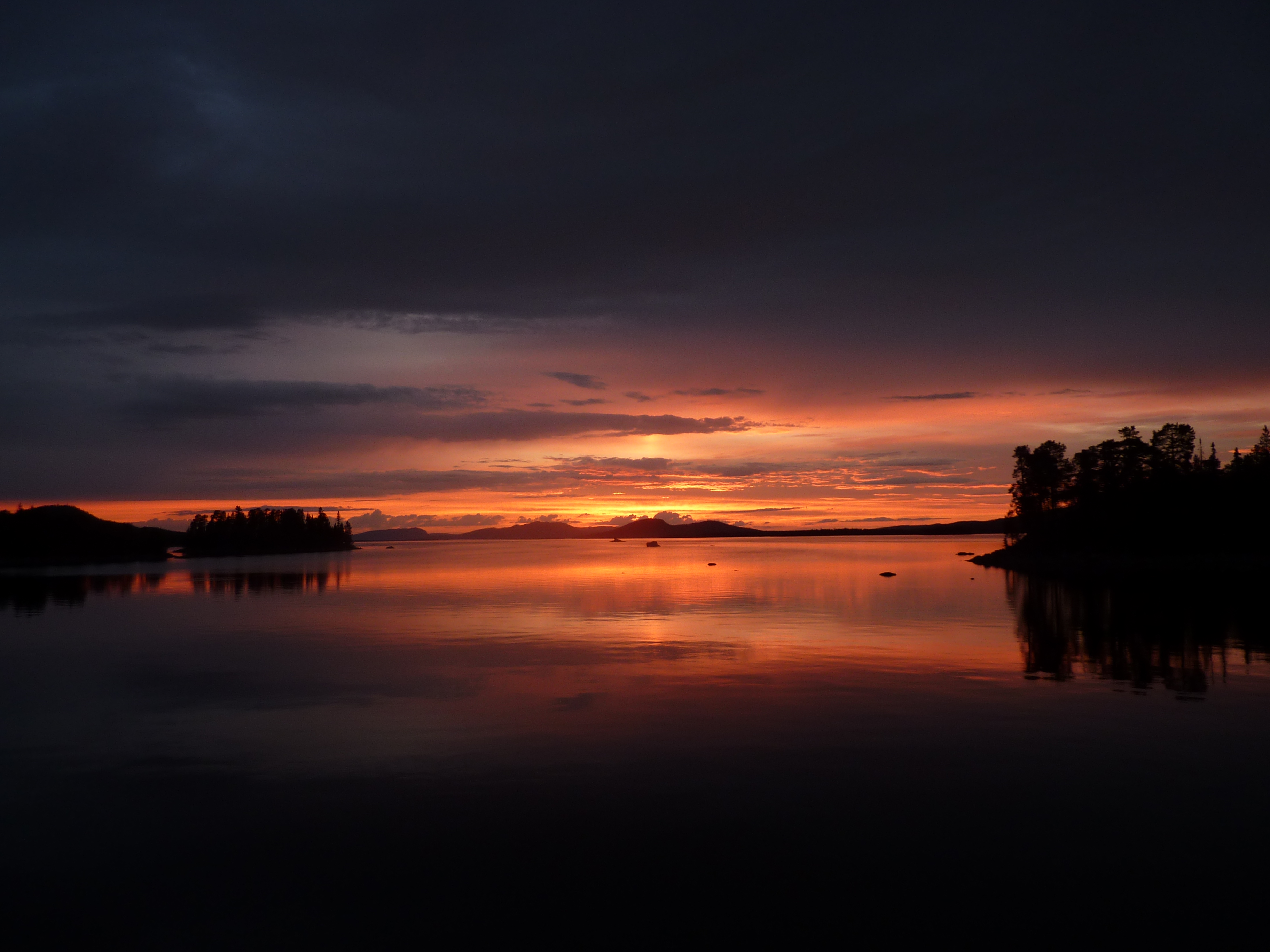 I love Bill Bryson and I love Scandinavia; but his excellent travel book Neither Here nor There shows a man struggling to love the region I adore the most. While he enjoys Hammerfest and barely writes about Oslo at all, finds Copenhagen “not especially beautiful…but endlessly appealing” much as I did, describes the Swedish and Norwegian lifestyle thus: “it’s as if they are determined to squeeze all the pleasure out of life” and that eating in Sweden is “just a series of heart-breaks”.

Well, I have to agree to disagree on this and just accept that my love for those lands are a bit on the weird side. I don’t particularly like the cold, dark winters, fish, open sandwiches, potato salads, aquavit, museums closed on Mondays, rubbish opening hours in general and so on. Yet, here is a region I’ve had 8 holidays in since 2005 and make every effort to continue to go at least once a year. I’ve just come back from a wonderful break in Norway and will soon regale you with the brilliant things we got to do, but for now…photos! 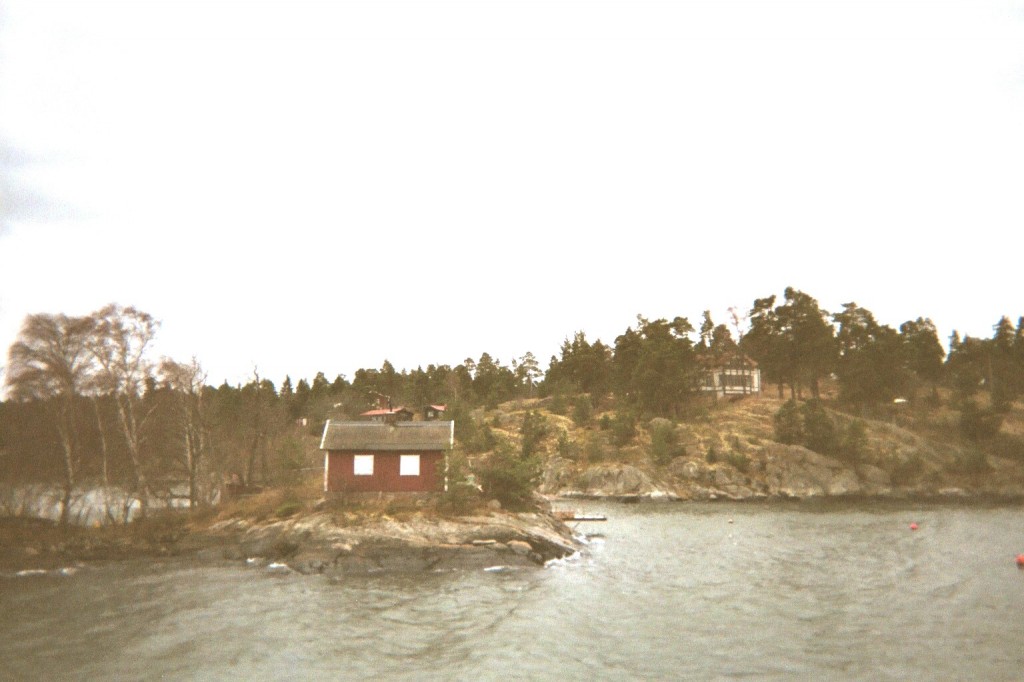 My first trip was to Stockholm in December 2005 and it was my first foreign holiday of my own choice, so I was hyper excited about the trip but terrified of flying. Luckily, staying up all night before the flight and being exhausted for the flight meant once I’d looked at the clouds and realised it was beautiful I was able to conk out until we made out descent over the airport in Vasteras which is a runway and loads of water.

For a country that people assume costs more than Lady Gaga’s annual clothing budget, it’s surprisingly affordable if you go with the expectation of not getting plastered every night (or plastered at all) and mix up nice meals with very basic ones. I fell in love with Stockholm pretty quickly and admired the beauty of Gamla Stan, the dynamism of Sodermalm and the general beauty of the city based as it is on 14 islands. Our trip to Vaxholm was a bit of a disaster; the rain was unrelenting, women wore crazy plastic bag ponchos and I had to pretend to be delighted on the island to save face but what really saved me was cake with vanilla custard. It has saved me many times.

My next trip to the region was to Helsinki and Tallinn – and for the sake of my sanity I include Finland as Scandinavia, though many think it’s a Nordic country so I suppose I could claim I love the new region called Scandinordica. Helsinki is a delightful city, as I wrote about here. On this trip, I took a boat out to an island and…oh yeah, the rain was unrelenting but this time I was left bereaved by a shambolic excuse for an umbrella. 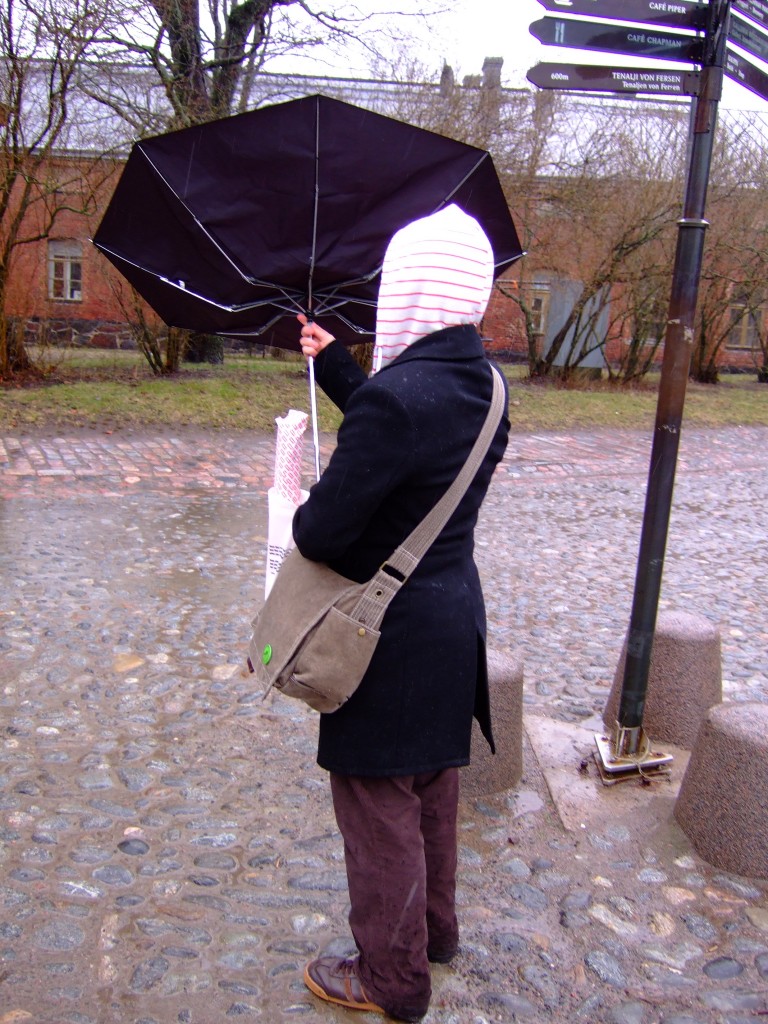 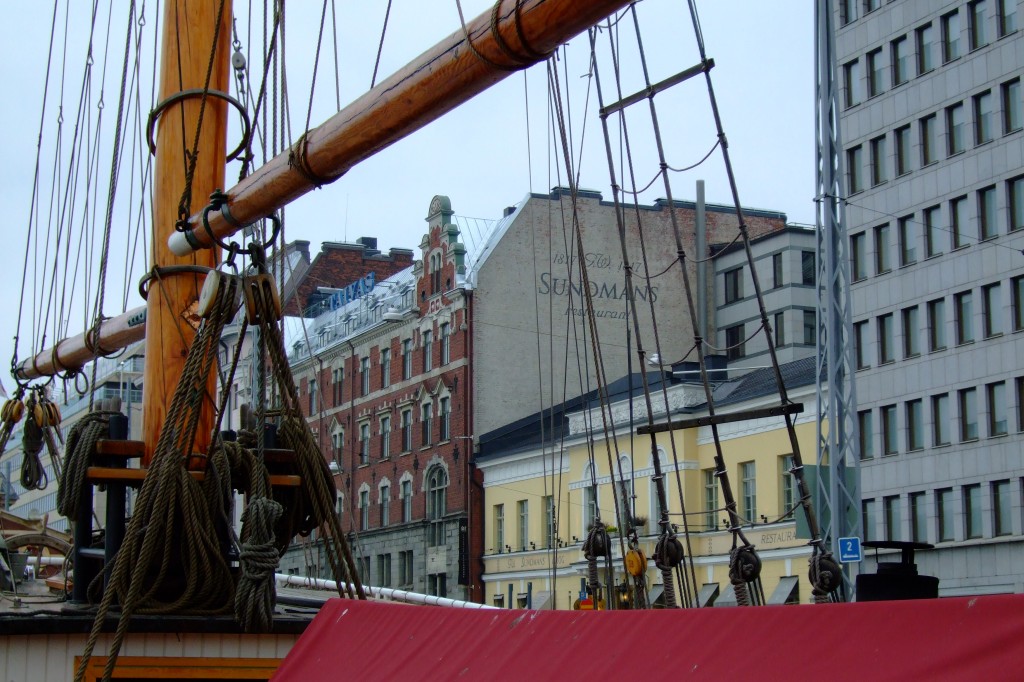 The tube you can see in the photo is a print for a Nan Goldin show I saw at Kiasma, the only exhibition ever to make me cry. The print survived the rain and the plane and is pride of place in my living room. I think if I could move anywhere in Scandinordica, it’d be Helsinki – something about the city feels so alive, cosy and familiar. I’d be happy there, I know it.

My third trip to Scandinordica was perhaps my favourite – a long trip to Sweden in the summer turned out to be a great idea. The weather in the summer seems a lot more predictable then the UK but I still managed to get a dose of sun sickness from being a sun-loving fool – it happens every time. This was a special trip for a number of reasons – it was at that point my longest holiday and our journey was wide-ranging. We started in Stockholm, moved out to Finnhamn in the Archipelago (the most peaceful place ever), back to Stockholm, up to Umeå, deep inland to Arjeplog and to Luleå. Our train from Luleå to Stockholm took rather a while, as you can see: 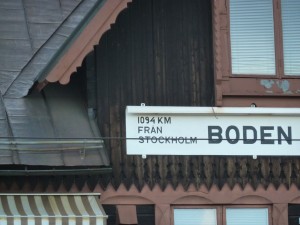 We’re not in Kansas, we are in Sweden. Stupid.

The lifestyle in Sweden is incredibly easy to fall head over heels in love with. Without having to worry about the cost of living, the bureaucracy, the winters so long and dark, the bloody fish and open sandwiches…with just the sensational summer weather and beauty of the country I reaffirmed my love affair easily. Even after SAS lost my bloody luggage and after arriving at my hotel with a level of weariness at 11pm, buying a horribly expensive beer and then spilling most of it. Even after that, I still felt that love. 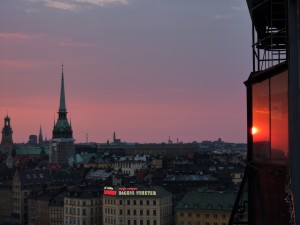 A few days later I saw the midnight sun properly, which was partly the reason we travelled to Arjeplog. I mean, the town is a one-elk kinda place. The highlight of the town’s nightlife was the bar, which was attached to the burger place. Both had chandeliers on the ceiling, though the bar was trying to emulate a cosy pub vibe. Weird. The midnight sun was exciting in itself, but with a sunset that never came accompanied by a stunning red sky, I was pretty much agog, an emotional wreck, until the spectacle ended at 1am. 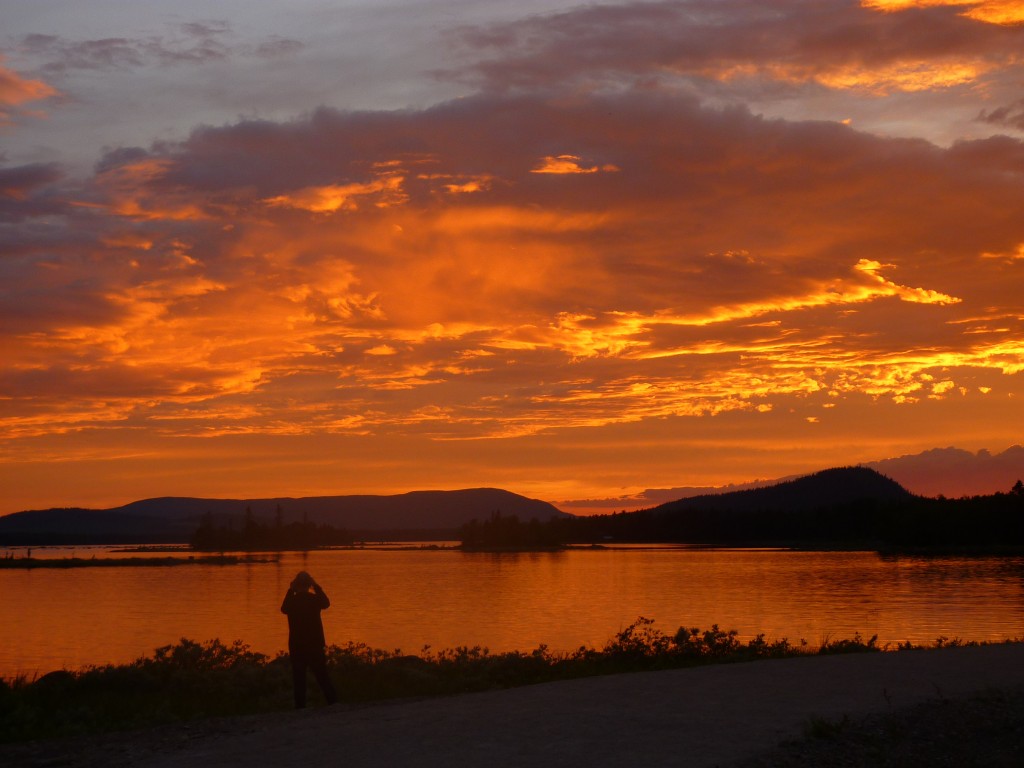 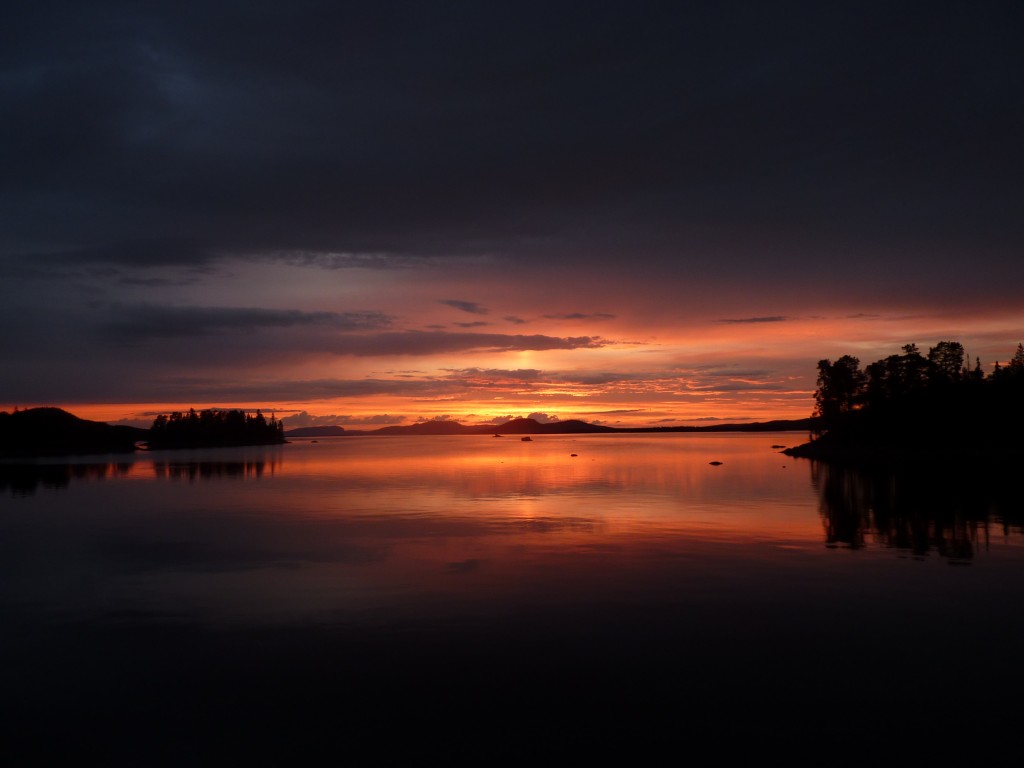 My next trip was again to Sweden, but this time to Gothenburg, which has much going for it, but for whatever reason I felt quite indifferent to it. The city is undeniably handsome, and the old town, Haga, is really lovely to stroll about, but unless I wanted to get drunk at about 6pm, I found myself wondering what to do in the city as it closed for the day. On at least one night we were indoors by 9pm watching Sandra Bullock films. 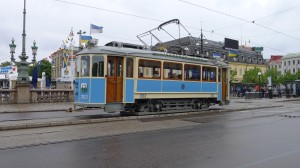 While city didn’t rock my world, the archipelago was a delight. The weather was blustery and ideal to just walk alone on the islands and take in the beauty. We took two different trips out to different islands along the way and both were wonderful. 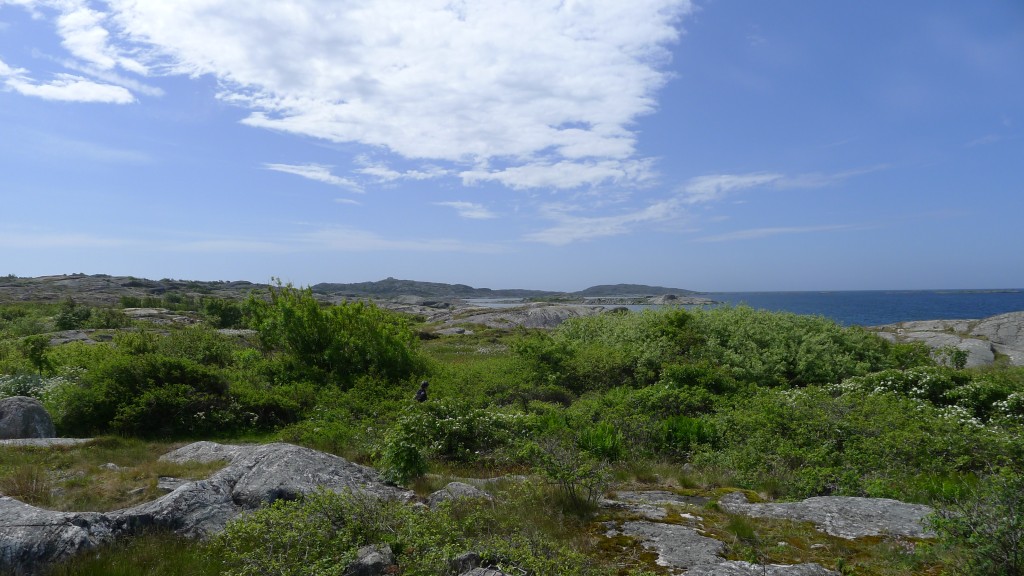 After such a focus on Sweden it was time to go to Denmark! I write about it here and while I had some reservations about stuff I saw (the slightly sad area full of druggies, proper shagging in the street, man pissing down escalators…) the city felt very relaxing and I will visit Denmark again. It felt more European than Sweden and Finland do, though I still can’t understand what a European feeling is; perhaps I’ve always thought that continental Europe would feel comfortable, intimate and with an emphasis on people rather than cars or massive horrid corporations – as good as London is, it’s at times an overwhelming city and Copenhagen didn’t feel like that at all.

Down on Nyhavn I fell in love with the beauty of the city was, but my prudish side came out after seeing so many people getting drunk in public. I suppose I associate Denmark with Scandinavia and booze costs so much in Sweden that this level of drinking isn’t really affordable.

Copenhagen is an ideal city to walk about in with its compact size and one of my favourite spots was alongside the water by the Opera House. A trip to ARKEN art gallery was an excellent trip out – I think I went there at one of the best times possible! There was a Damien Hirst exhibition and a brilliant installation by Olafur Eliasson. 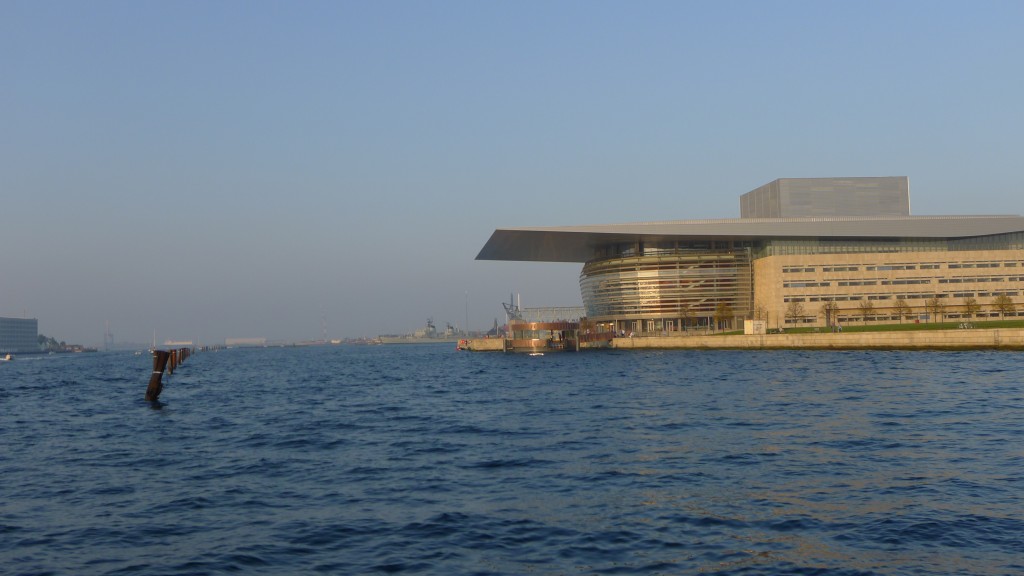 My next trip to the region, a mere two months later in October 2011 was to Oslo to see my friend Dave who writes this website. I wrote about the trip here and only wish to add this: Norway is astonishingly beautiful.

This peak looked like clouds were rolling over the edge…amazing 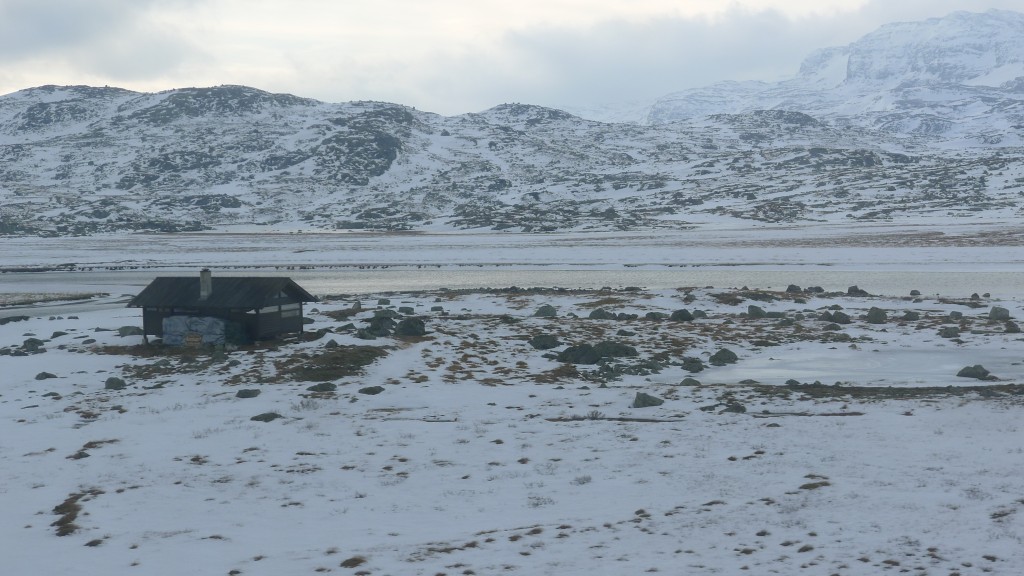 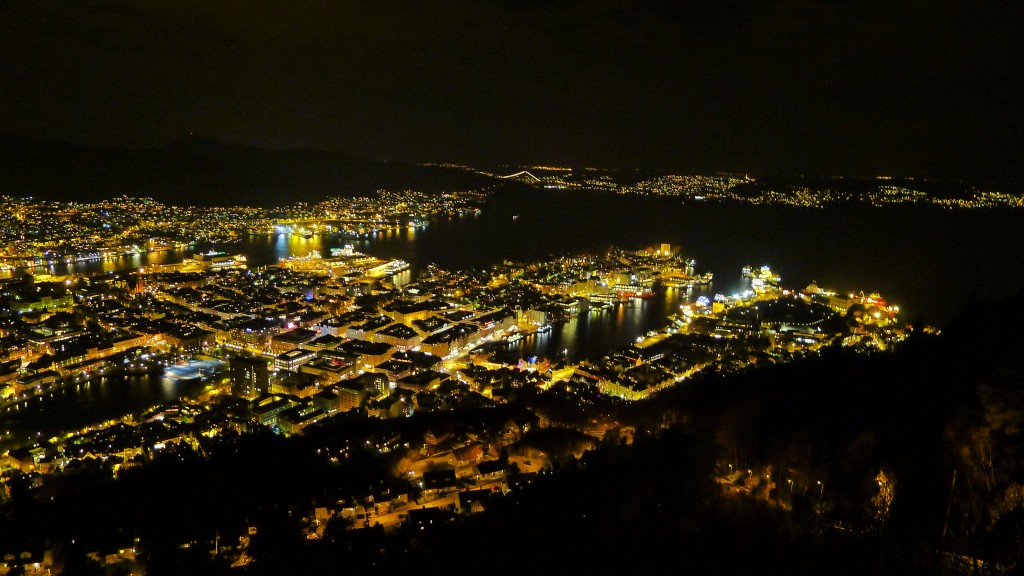 Of course, it remains the case that Norway costs a fortune and it grates that simple things can cost at least double that of here. But. It’s gorgeous. And that beauty comes loaded with a lot of forgiveness for whatever annoys.

In 2012 I had a mini break to Helsinki with Dave again. My second visit to Finland featured large quantities of snow, ice, alcohol and culture. Yet again, the lure of Helsinki was hard to ignore. It really is a wonderful place. Even though the wind whipped up from the sea and actually hurt me – physically it felt like I was being attacked my a thousand cat tongues with some knifes being thrust into my back to boot, I still didn’t hate the place. If you can freeze me and I still love you, you can be sure the love is real.

What remains for me in Scandinordia? Luckily, lots and lots. I’ve still got Iceland to go, exploring the wilderness in Sweden and Finland, not to mention getting above the Arctic Circle. There’s Abisko national park, Tromsø and Skåne. I suppose it’s obvious why I love the region; it’s gorgeous, the people are friendly without being overbearing, it’s quirky (sauna and dive into ice?) the lifestyle is fabulous, the tolerance is seemingly genuine even if it’s not the socialist paradise I once thought it was. Let’s face it, if pretty much every quality of life survey puts the region at the top consistently, it’s got to be good.

3 thoughts on “My love for…Scandinavia”