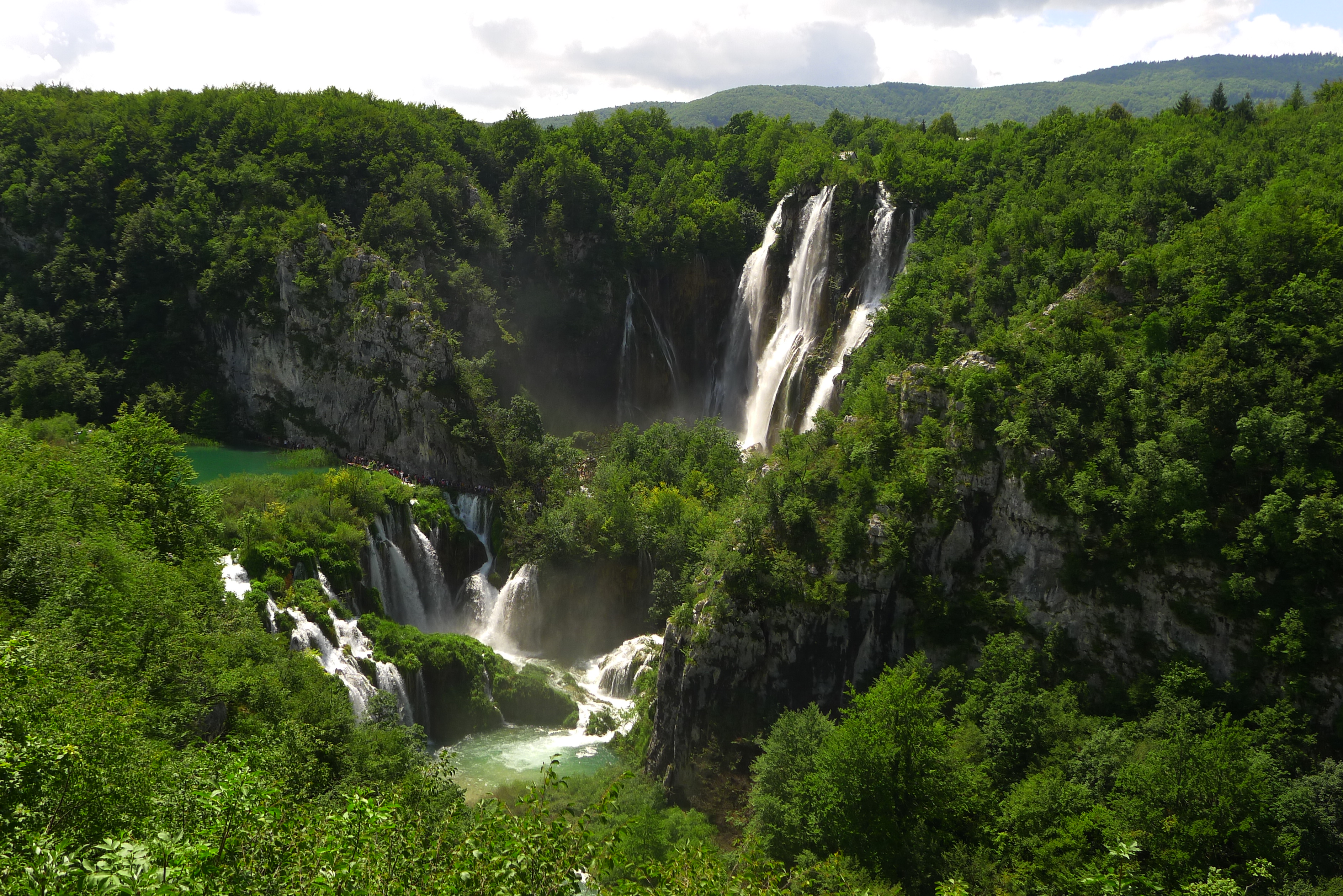 After a “beach day” in Zadar, where the weather was grey, the beach was a heap of rocks and the water was not in any way inviting, we fled to Plitvice Lakes. Partway through the journey to the coach station the weather went all apocalyptic and at the moment it’d be ideal for our driver to concentrate on not killing us, he decided to spend ages trying to find out the Kuna to Euro exchange rate, which I already knew. Luckily he didn’t kill us and proved himself to be awesome by parking his car in a bay at the coach station so we didn’t get soaked. En route to Plitvice, our coach stopped at the traditional money pit (the coach toilets never, ever worked so people used the pit stop loos and ended up spending money) and this one was full of stuffed animals which made me feel queasy. Eww.

As we approached Plitvice, the scenery became progressively more like a painting but I was so tried from a wild night watching Ab Fab on YouTube I couldn’t help falling asleep every few minutes so went through a cycle of going “wow, I need to get my camera outzzzzz” and knocking my head against the window, my party trick when asleep on transport.

Arriving at Bellevue Hotel, a few minutes walk from where the coach dropped us off, I was struck by how this hotel clearly modelled itself on The Overlook in The Shining. For one of Croatia’s biggest attractions, the hotel was eerily empty and it became clear that the complex of hotels and restaurants in Plitvice Lakes was in a 1970s, communist timewarp. So far, so good.

Then the rains came again – with a ferocity that made leaving the hotel completely impossible. It felt like that episode of Father Ted, where they look at the brochure of their location, find there is a road and a tree stump to look so resort to turning the kettle on and off endlessly.

Eventually, we took the plunge amid thunderstorms which sounded like jet fighters overhead and set out. And it was intensely beautiful. After a few hours in which being drenched became bearable and walking inches from waterfalls actually warmed us up, the weather lifted and we were gifted glimpses of sunlight. The change of weather transformed the landscape once again. Plitvice ranks alongside my evening with the midnight sun in Sweden, Jordan’s Wadi Rum and Petra and the train journey between Oslo and Bergen as the most beatiful places I’ve ever been.

Clock on the images to increase their size. 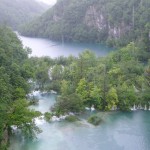 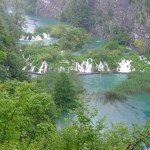 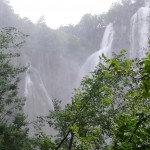 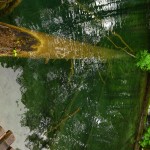 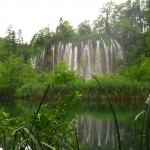 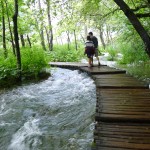 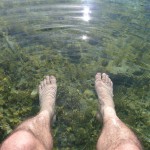 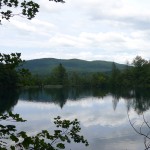 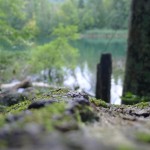 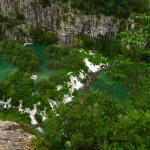 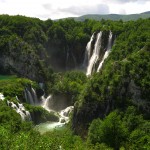