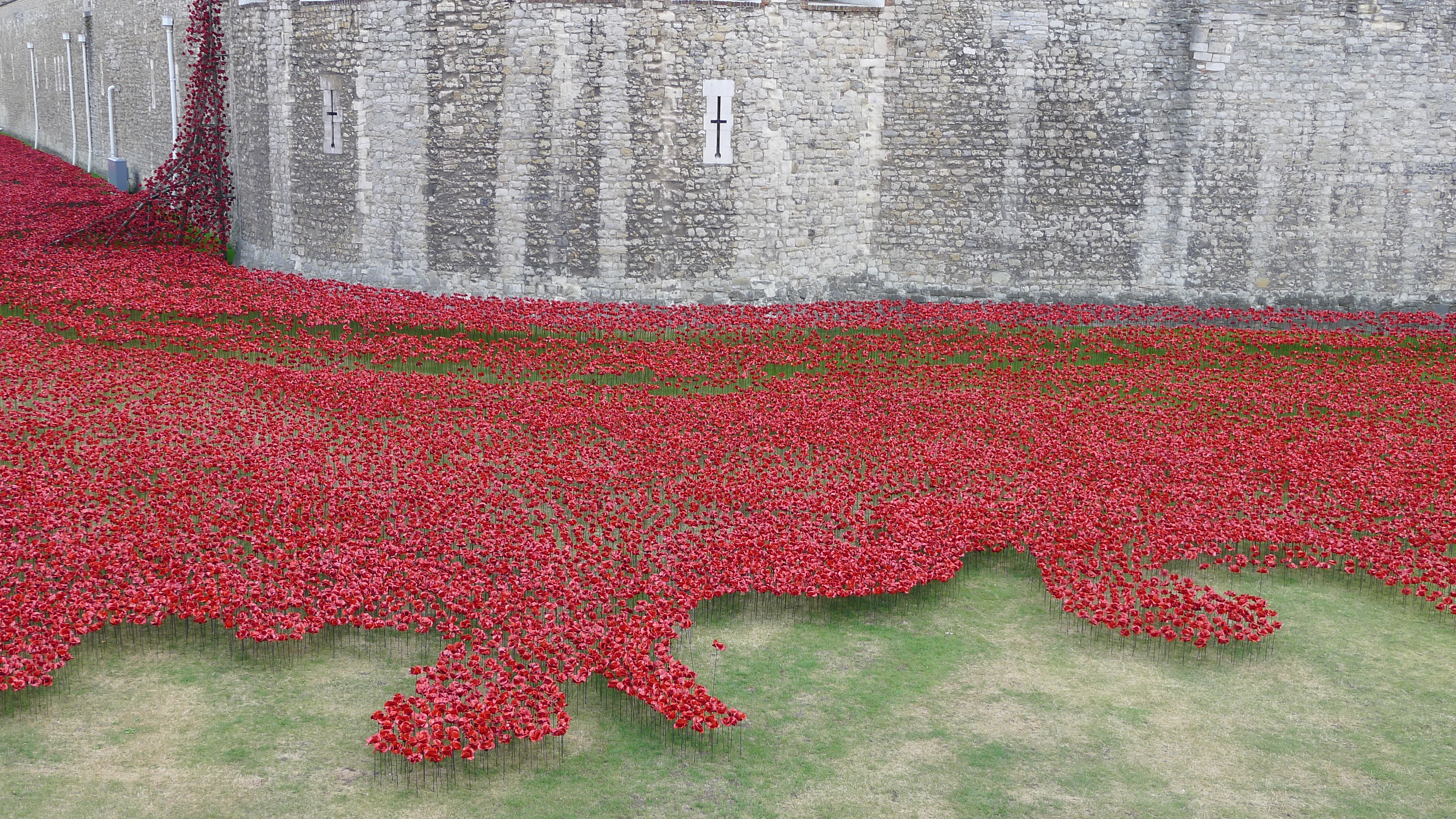 I Love London part 1 is here and part 2 is here. 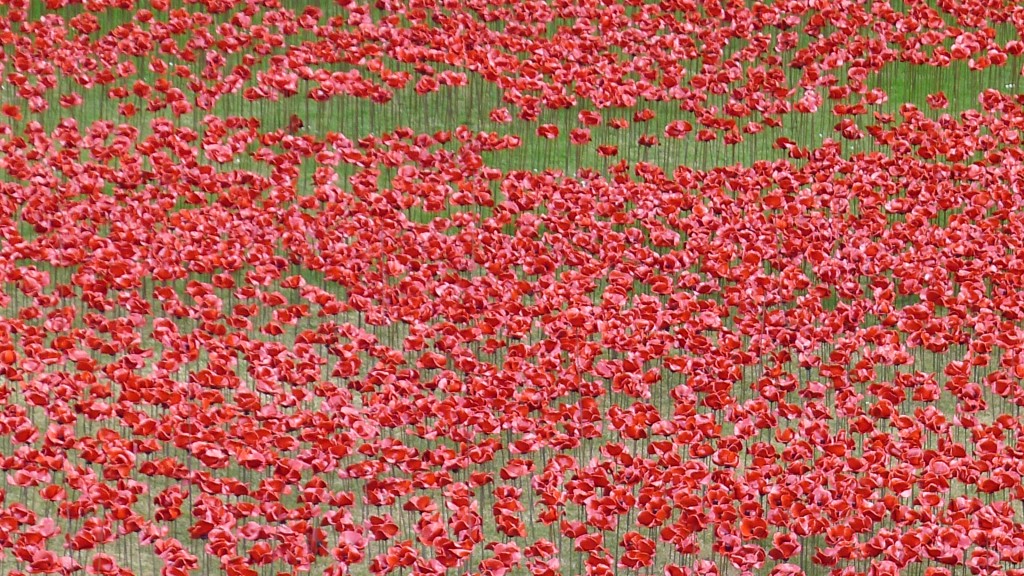 Having been on my travels to Croatia and Bosnia this summer I had a strange feeling as I entered my second week away. I live in London, the world’s most visited city and I live in the UK, a place many people want to call their home. Indeed, we’re so popular that our Government feels it ought to demonise and spit hate at anyone that wants to come live here. We’re full up, apparently.

The feeling I had was that I wasn’t making the most of my own country and home city, and perhaps my obsession with getting away isn’t the best use of my time off. So, I used the opportunity of having my mum down to be a tourist in London. First stop, the Tower of London to see the poppies planted to commemorate the 888,246 British soliders killed in the war. An astonishing sea of red constrasts sharply with the grey of the building and green of the grass, creating the second spectacle commemorating the war. The other was Ryoji Ikeda‘s ‘spectra’, the beam of light projected into the skies above London for a week. As impressive as the beam is from afar, up close it takes on an almost solid form – flies dancing through the light remind you of its ethereal quality. The light entranced everyone who saw it. 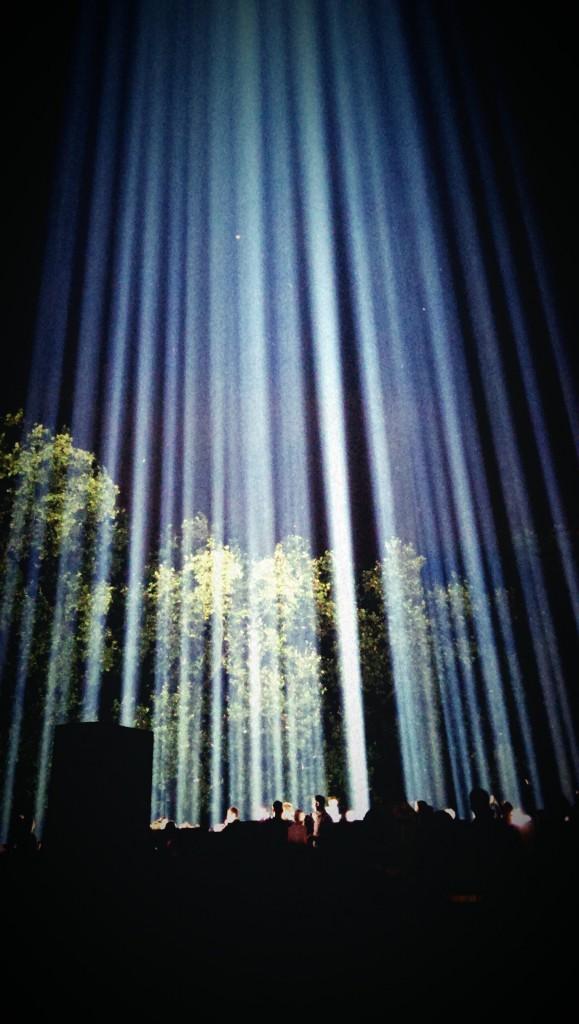 On top of the many free events that go around the city all summer, there’s the small matter of the museums and galleries of London which together is quite likely the biggest concentration of free art, design and exhibits anywhere on earth.

Let’s take the Tate Modern – we walked past Waterlillies by Monet in a matter of moments, not for a second thinking that some of the paintings in this series sell at auction for over £20 million. We also saw work by Picasso, Dali, Matisse, Pollock and Rothko. I was fascinated to read that Rothko was commissioned to paint a number of pieces for an upscale New York restaurant but upon realising the work was too dark in mood, he donated the works to the Tate. 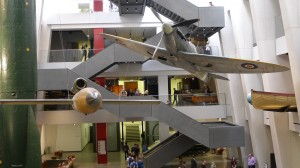 We headed over to the Imperial War Museum to see their new layout and what a triumph it is. You walk in to see the spectacle of a Harrier Jump Jet, Spitfire and “doodlebug” suspended above you – above you a boat juts out of the glass windows in the beautiful atrium and above it a Landroveris similarly frozen in motion. Upstairs, the Holocaust exhibition is deeply detailed and disturbing; it’s tragic to see what happened to the Jewish people back then hasn’t been confined to history as the people of Gaza suffer a disgraceful blockade, Putin marches in and out of Ukraine and IS slaughter all who don’t want to convert to Islam. The world is in a dark place and the Imperial War Museum is a depository of our failings. 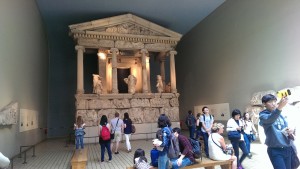 If the Imperial War Museum catalogues our war-hungry past, The British Museum highlights our ability to conquer culture and then nick it. It’s still astonishing for me to walk in there and find rooms I’ve never explored. As usual, walking past a totem pole, stuffed birds, ancient texts and incredible Egytpian and Greek statues becomes second nature and a walk through the Great Court always makes me sense just how impressive the museum is. Is there anywhere else that can match the grandeur of The British Museum?

Our cultural lives are so improved by free access to these musems and galleries, it’s hard to think back to the days we had to pay entry fees to them. While this is still free, we should take joy that these artworks and masterpieces are not solely in the hands of the super-rich and that we are free to admire them at our leisure. I may well love going abroad for my holidays but when it comes down to it, there’s no place like home. 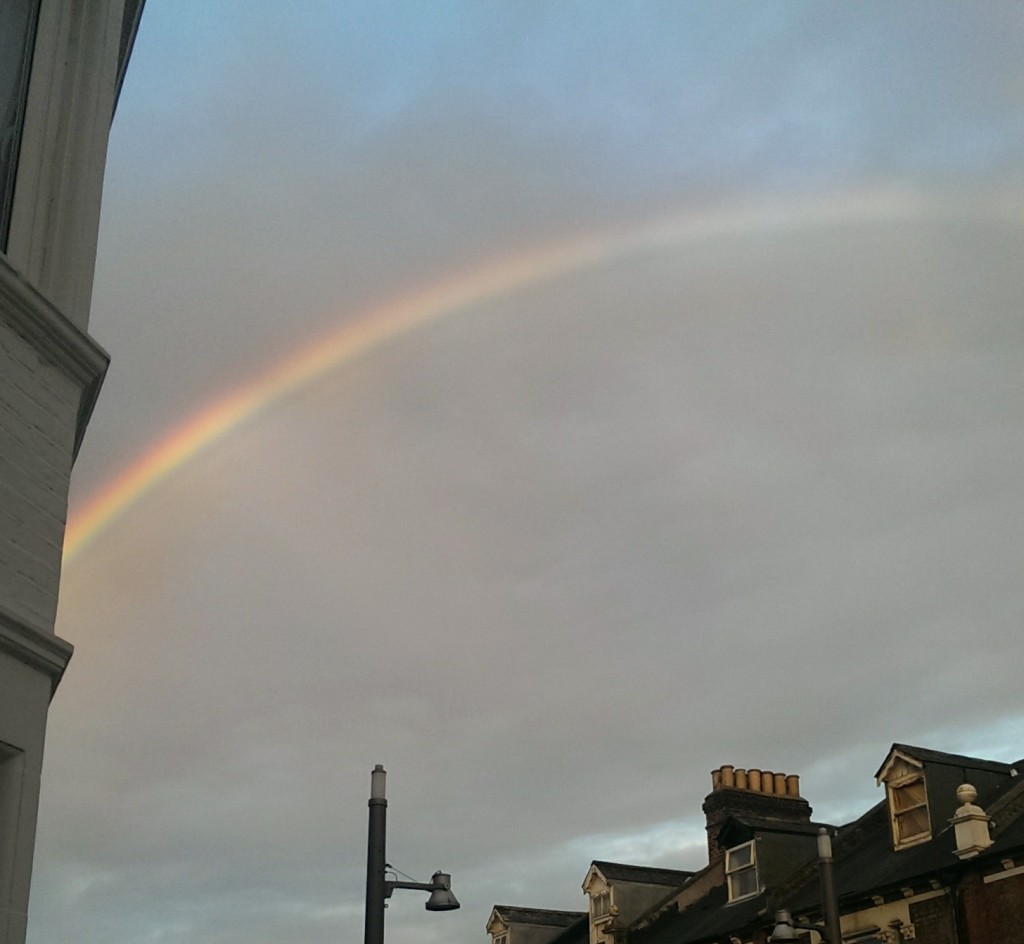