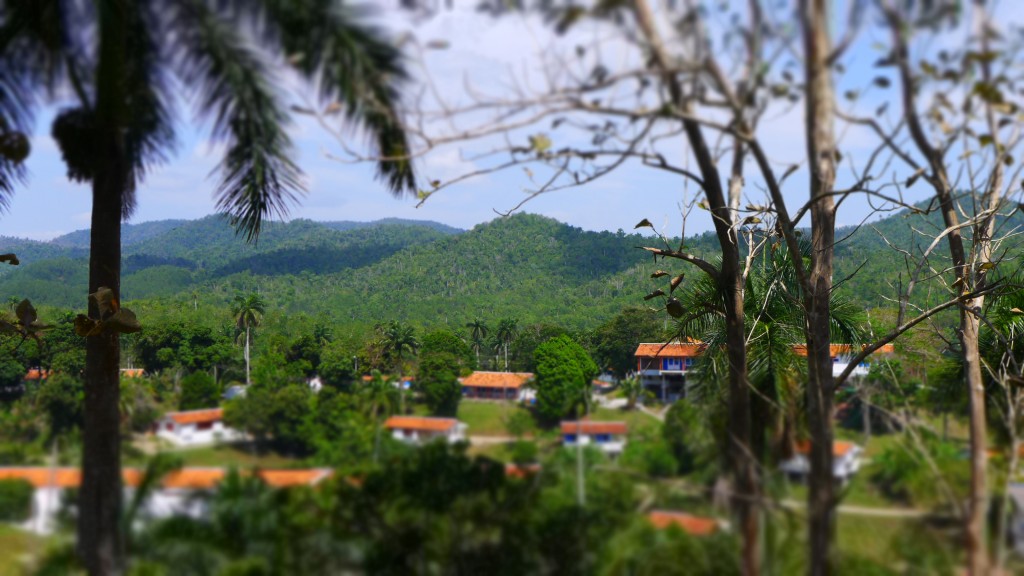 Leaving Viñales was sad, due to the great hospitality of Nenita and family, but we were onto the eco-tourism part of the trip in Las Terrazas. It is an interesting place; the first UNESCO biosphere on the island and was apparently set up to repair damage from the destruction of the forest. The view on arrival is generally sensational and it would be hard to imagine that any deforestation had ever taken place. We stayed at Hotel Moka, which does a good trade in promoting itself. Take this indulgent clap-trap from the website:

It’s difficult to say where the 4-star hotel stops and the forest starts. In short, the Moka is romantic, intimate, and fully deserving of your time.

It’s easy to figure out where the hotel starts, what with the paths and all, but it is certainly worth visiting for a truly relaxing day or two, though it could be argued that it isn’t really four star until it gets a lick of paint and most importantly, staff who are competent. Gripes aside, the rooms are great with floor to ceiling windows in the main room and the bathroom gives a great opportunity to shower while looking out on a magnificent view, which is an experience I have to say I enjoyed! 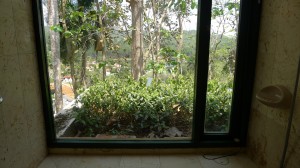 Having pinned my hopes on being able to cycle around the reserve, I was greeted with a curt “is no possible at this time” when I asked if I could hire a bike. The usual “is possible” witnessed throughout Cuba did not apply. Wow…after I stopped wailing and banging on the table crying for my loss, I realised the best thing to do would be to go on the Zipwire – which 10 minutes earlier had been a complete no-no because of the obvious fact that it’d kill me.

The zipwire didn’t kill me, because they have a marvellous way of organising it; the guides get you kitted up, secured and then gently hurl you  and you go off over a few hundred metres over a lake, or through a forest. It was fantastic! There was a great sense of freedom about the whole thing, and aside from being twisted round a lot and having my helmet scrape against the wire in a fashion that made me think I was going to get decapitated, nothing went terribly wrong! 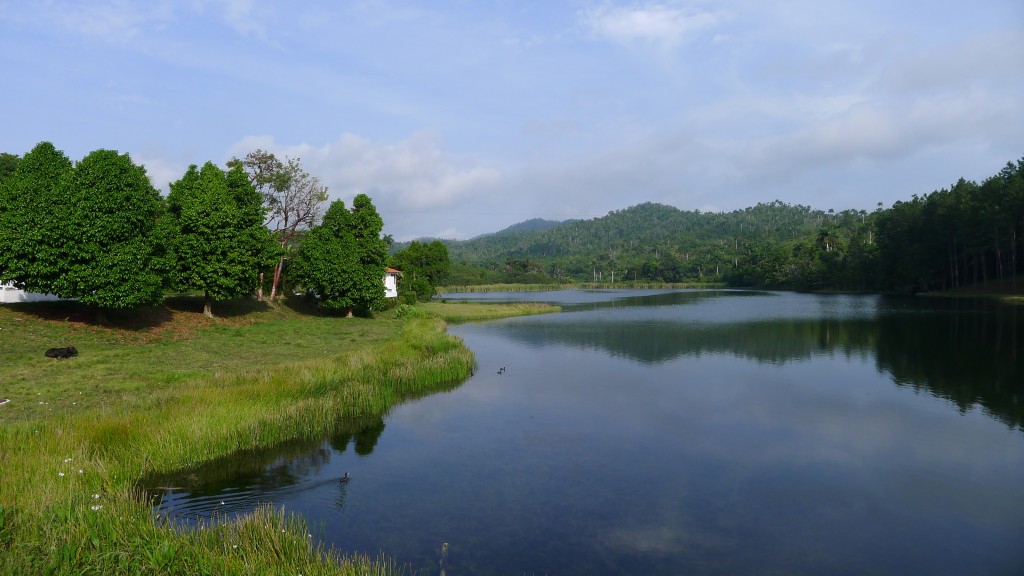 For the rest of our day, we lazed by the pool and I read Pure by Andrew Miller, I’d be hard-pressed to find a fault with it, and can only praise it for its style and ambition. A few lazy beers later (at £1, you really should take advantage)  we headed to one of the cluster of places for food and chose well, despite the ever-present fear that you’re alone at a restaurant because it’s famed for serving up Dog heads in bowls. The band – there’s always a band – came on, and…oh, they were actually wonderful! They played with heart and soul to us as they would to a full room. After leaving the restuarant, we headed to the Moka bar for more cuba libres, but ones of our own cheapskate concoction. Yes, I’ll pay less to the impoverished if I have to.

Servings of decent rum but not the top-line stuff

It’s basically a cuba libre and it’s 30% cheaper! This also works at Jamie’s Italian where a cocktail is £8 and a rum (Havana Club) and coke is £4.50.Meanwhile at the bar…the band from earlier turn up and play again, but this time with a whole different selection of songs. Joy! Sadly, by this point I was drunk so it was hard for me to resist getting up and doing some salsa moves. 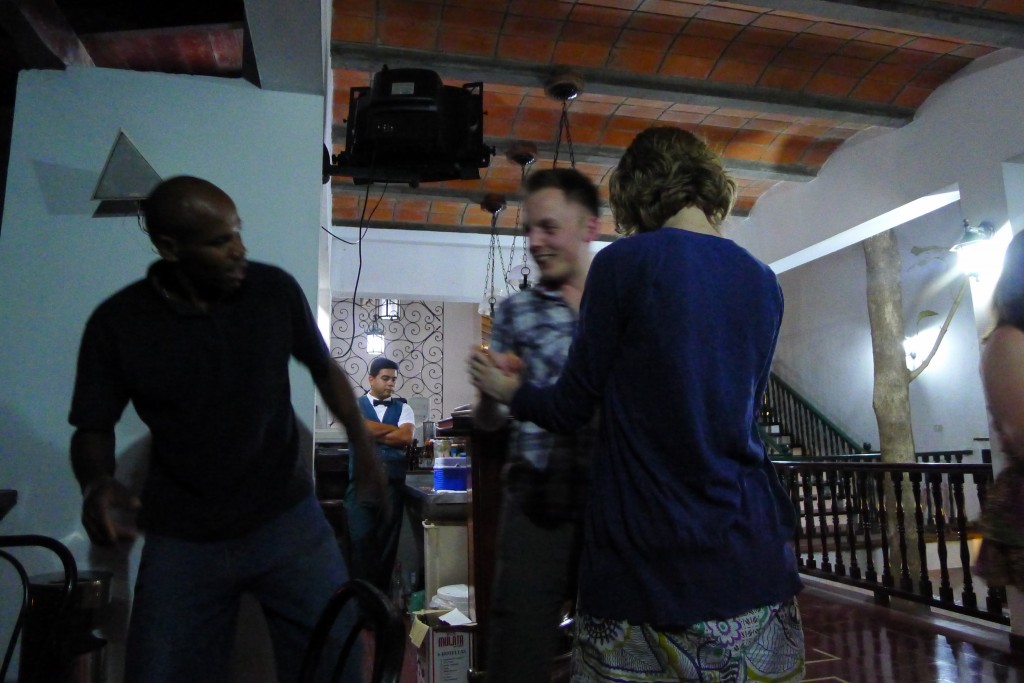 Sadly, my hips are made of concrete. My levels of embarassment were such that my face hurt from me clenching my jaws and i must have looked intensely red. I guess I looked a weird sight, head down, shuffling while a man who moves effortlessly coaxes me to “dance”. Ah, but I weirdly enjoyed it and Rach seemed to, despite my ineptness.

Ah, Las Terrazas replenished my soul – before a truly dreadful series of events led to my death (not true) in a train station in Havana (sadly true).