Part of the romance of Cuba lies in the people, their music, way of injecting a sense of joy to everything, their incredibly friendliness and helpfulness, their general soul and Latin spirit. Traces of this were evident as soon as we got on the road to Havana from the airport. Women wore alarmingly short tops, working the look for all its worth, while men stood by admiring the view, bringing so many clichés to life! 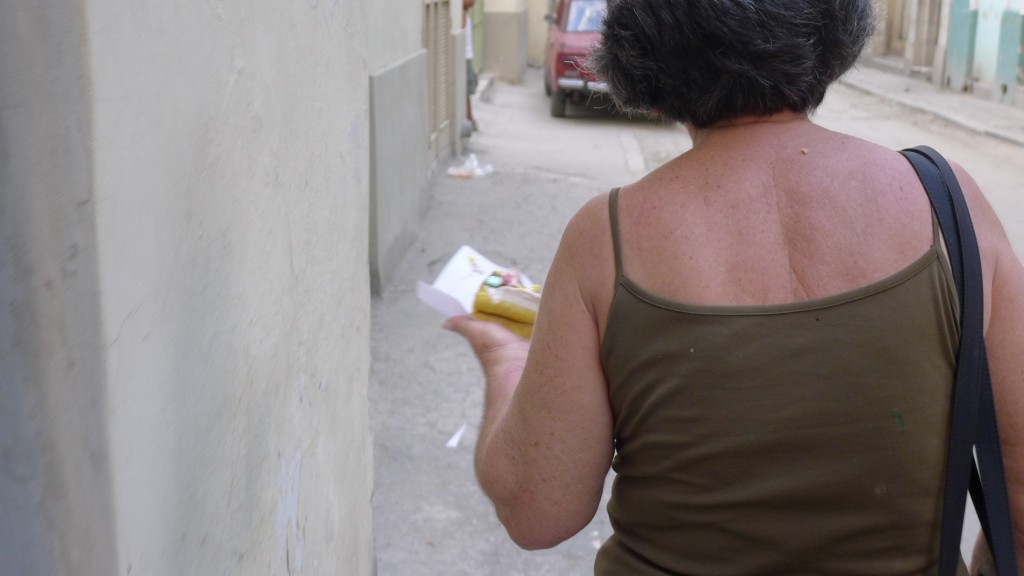 A woman with a cake

There’s also another side to them, of being remarkably resilient in the face of hardships, and being able to put off today what can be done tomorrow (or not at all). As you enter the outskirts of Havana, some beautiful buildings are missing balconies, or the balustrades have fallen off the balcony over years of neglect. BBC News has this video showing the horrific conditions some people live in. Havana is so densely populated and in parts so poor, it seems impossible to imagine the city will ever achieve a general standard of living. Yet the people carry on.

Upon checking out of Las Terrazas, we faced our first genuinely trying experience of Cuba. We had given time to get a taxi to Havana, get a ferry across to Casablanca station and take the Hershey train to Matanzas. The Hershey train was for me a potential highlight of the trip; Cuba’s only electric railway is referred to as the lecheros, meaning the milk train that stops at all stations. In return for the squalor of the train, if it runs and doesn’t break down, you get wonderful scenery. For us, this was not to be. The taxi did not merely turn up late, but about 75 minutes late, with the driver giving the merest apology about being late…but we got a sort of revenge. His tip was as pathetic as we could make it without not paying him at all. Having time to contemplate how we’d get to Matanzas, which held little interest after the Hershey train debacle, we decided we’d simply get a train from Havana’s other station and avoid the very long coach trip to the city. Easy!

Rachel and Graham stayed with our bags at Havana’s gorgeous outside/awful inside main train station where nothing moved, and Alex and I headed to La Coubre station where nothing happened. Joining a room with people sitting down, it was impossible to tell what the queues signified and we were roundly ignored for an hour. When we plucked up the courage to go to the desk again to ask for tickets, the man waved us away and continued to ignore us for a full 5 minutes as we stood there wondering why this train station was like Kafka’s The Trial. With the realisation that nobody was ever going to sell tickets to us – they seemed reluctant to sell to Cubans as well – we set off and I made an executive decision to ditch Matanzas and stay in Havana. After lunch at Hanoi, which was a tasty simple chicken meal with rice that could help our messed-up stomachs, plus cheeky cocktail, we sought solace with Juan who we stayed with when we first arrived. To our great luck, his son found us a good Casa on Obrapia which is the best name for a street I’ve ever come across. 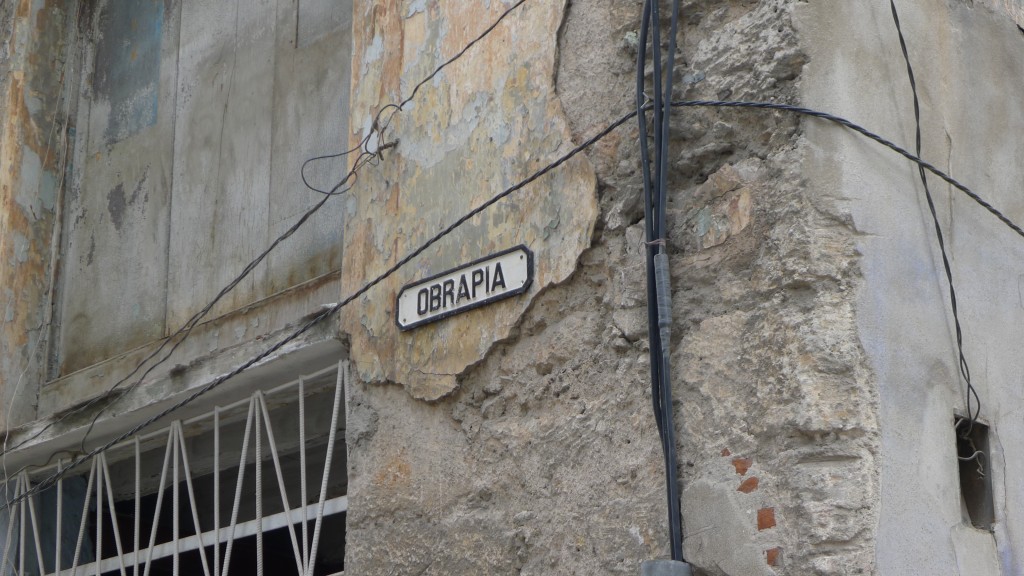 At this point, we were all tired from travel, sweaty from the heat, and all ill in one way or another so having a room to lie in quietly was a beautiful luxury. Adventurous travellers we are not. An evening walk round Havana Vieja was relaxing, followed by dinner at El Media which served good food, but it lacked the vibrant flavours I had experienced elsewhere, which is strange as the Trip Advisor reviews are all raving! The night was capped off by more rooftop bar action, enjoying the cool breeze and feeling mighty lucky to be able to visit Cuba.

In the next instalment, we head to the beautiful city of Cienfuegos where I get side-tracked by vultures and spend a happy half hour trying not to vomit in the bay.

Leave a Reply to Howard the Cold Cancel reply