I’ll fess up before this begins – I am, purely for the sake of clarity, a Brummie, yet as the son of a soldier I never grew up there. It’s where my family came from and it’s where I identified as home. But don’t think I’m Birmingham’s biggest fan; I’ll only get angry with people when they slag it off because that’s my job, which is becoming something I’ve less reason than ever to do after my visits over the last 6 months have left me impressed.

It’s not all concrete!

If you can show me a city more maligned than Birmingham, I’ll show you a liar. Many people seem to have a natural kneejerk reaction to Birmingham, even if they’ve never been. There’s that dreadful accent (which I happen to love) there’s all that concrete (the city with the most parks in Europe) there’s the fact that it’s a cultural wasteland (ignore the ballet, the orchestras, opera company, the galleries and universities) there’s the fact that it offers nothing identifiably Brum (there’s the jewellery quarter, the spaceship that is Selfridges, the balti)… And of course, there’s the accent! 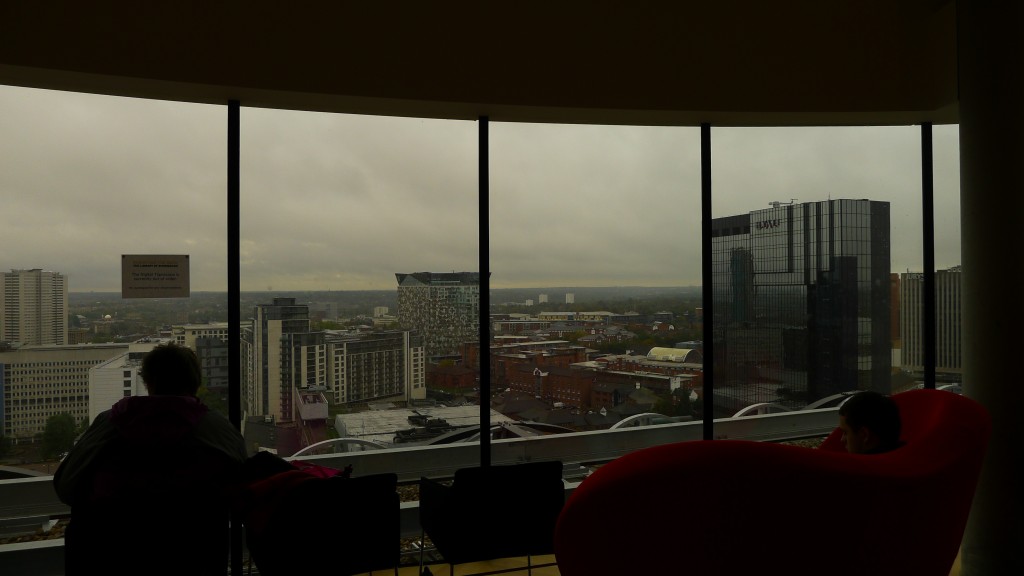 My issues with Brum stemmed from my overriding memories of finishing uni and ending up working in a call centre, feeling glum and not seeing that the city had anything to offer me. To really make me feel negative, I had two attempted muggings in a week followed by a phone theft and started to wonder what on earth I was doing. Over time I’ve come back, visited new venues and grown a new appreciation for the place. With the launch of the new library, the city has basked in attention and projects a new confidence that is at odds with the old arrogance or slight malaise that made me think of Brum as a sad place. 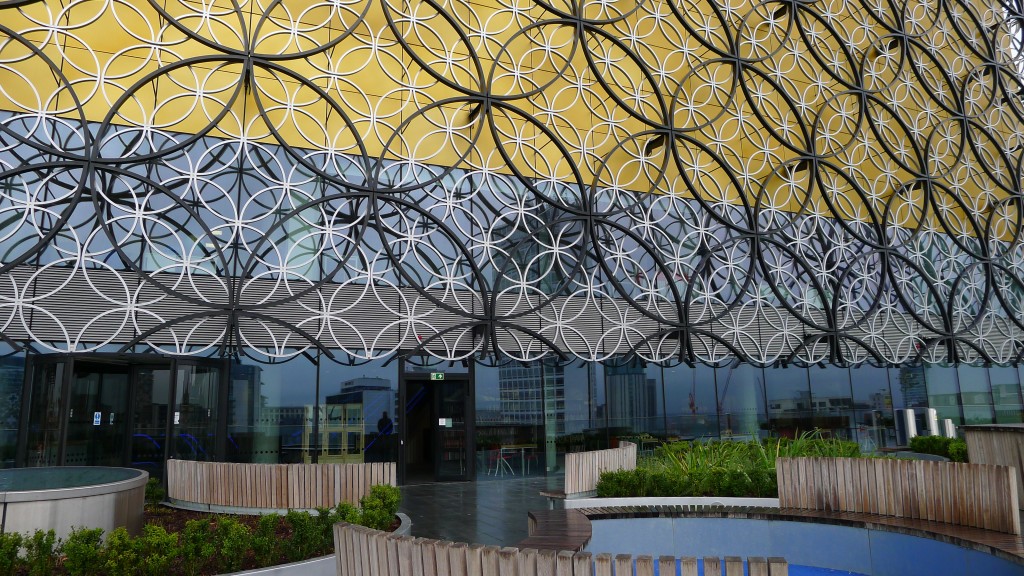 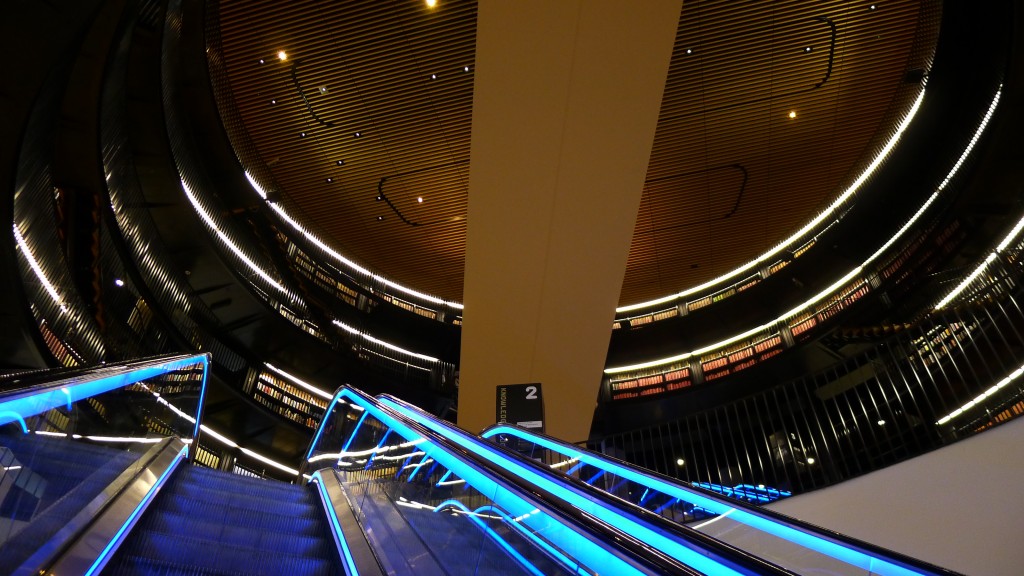 Generally I find the people to be great, but when I visited in November ’13 I was shown just how kind-hearted people can be; sitting with my Dad as he sold poppies for the British Legion, people were clamouring to give money away –  a few people chucked fivers in and the glitter poppies he made sold out quickly. The soldier at Euston cut a lonely figure in comparison. London might be home now, but it’s always great to go back and remember that London isn’t the world.

It’s really encouraging to see new independents opening up quality venues in the city – Bitters ‘n’ Twisted venues operate venues as diverse as Island cocktail bar and The Victoria pub which showcases Birmingham’s excellent Victorian heritage – despite pints of Meantime selling at London prices, the pub was packed with a great atmosphere. 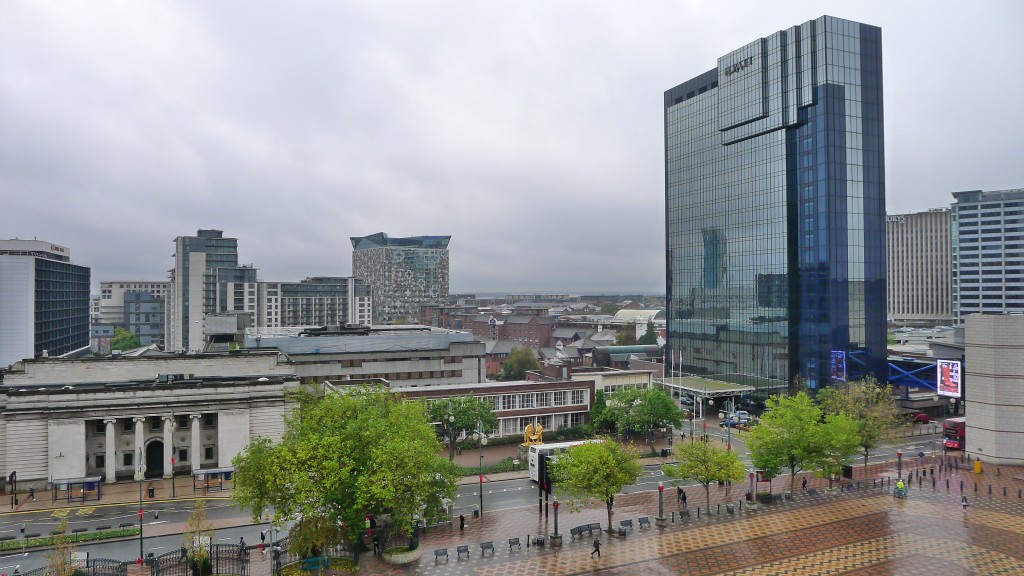 I made sure I had time to visit the new library which is a wonder; child friendly, buzzing with ideas and events and busy with people studying and reading. The gardens gave big views over the city and the Shakespeare memorial library needs to be seen to be believed. As much of an advocate for concrete as I am, the old library was grim. Dark, uninviting and stuck in the past, it failed to lift the spirits in any way. I always wished they could have taken the building and done something inspirational with it because it had the potential to be great, but that never transpired. The new library is bright, airy and a great example of what a city can do when it puts its mind to it. I spent an easy hour there. 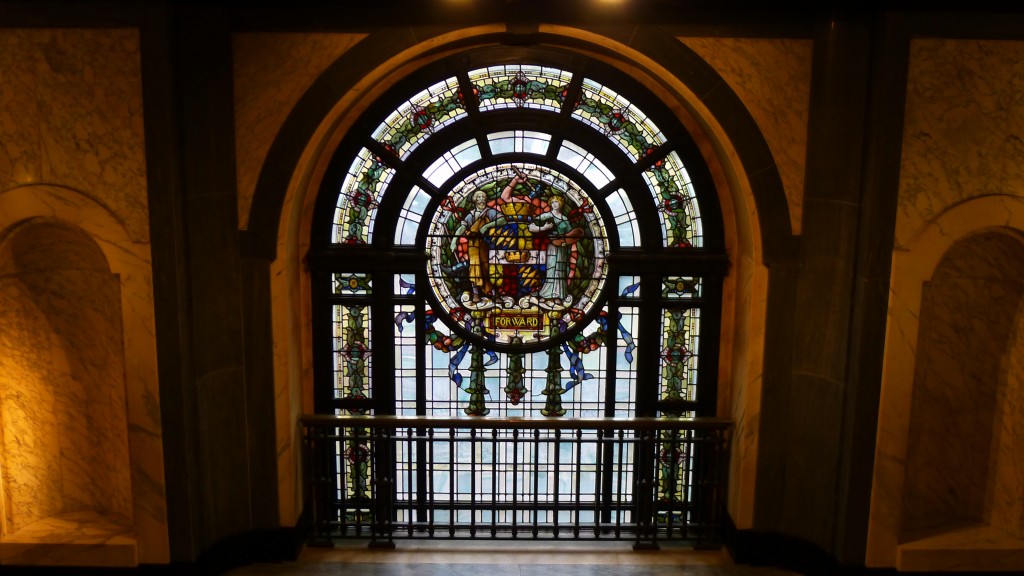 I popped by the Birmingham Museum and Art Gallery too and was pleased to realise that the collection is richer than I’d imagined. Yes, it’s a slight collection of just 500,000 objects when compared to the Tate but the main draw is the Pre-Raphelite collection which is the largest in the world – though if that’s not your bag, there’s enough in the collection to keep you occupied. IKON gallery remains a mainstay of any visit to Brum and on this visit I saw work by Michael François with lots of neon lights all smashed up in the middle and a brilliant structure held together by magnets – I really wanted to nick one of the balls and see if it all fell apart but apparently that would be rude.

For food and drink, my friend Graham has taken me to some excellent places and for drinks, Pure Bar and Kitchen really hit the spot, with a huge selection of beers on tap. I, ever the adventurer, had the only imported beer on the menu. The Karczma, which has had rave reviews, is more expensive than it used to be, but the food was plentiful and delicious. It took my Lemon sole virginity; my continued experiments at eating fish are yielding results with the Trout I tried being equally yummy. It’s a strange place is The Karczma…a cross-between a country retreat inside a community centre, but it works. It doesn’t try and be hip, which in itself probably makes it the coolest place to eat in the city. The location is a bit out of the way, but if you’re travelling from Moor Street station, it’s a few minutes walk away. 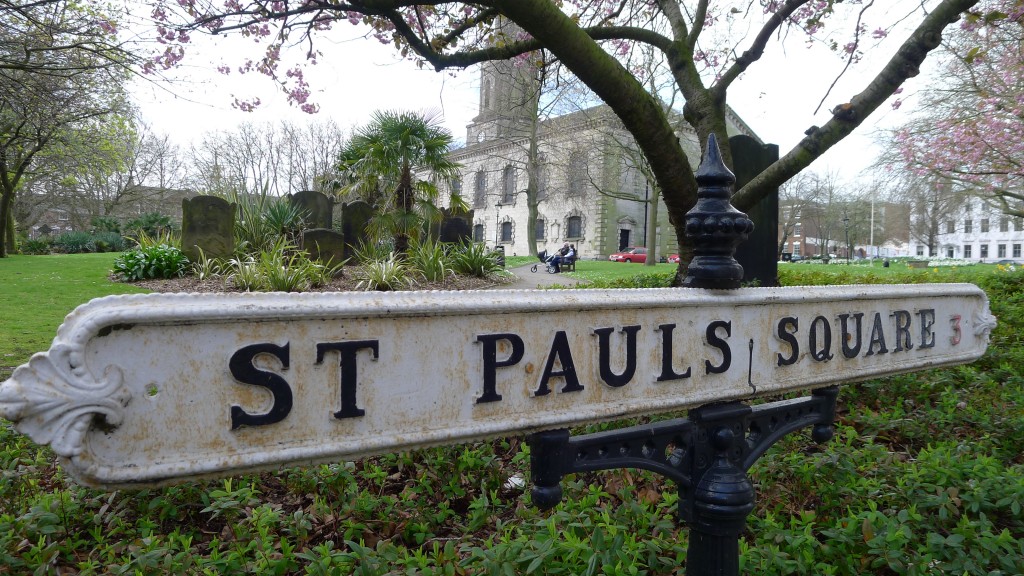 Outside the city, Brum excels in its suburbs. Taking mum out for lunch in King’s Heath I came across two excellent cafes; Maison Mayci is a gorgeous venue for food and cake and while I never got the chance to sample the lunch, I tried one of their pear and almond cakes which was excellent, and the pistachio eclair was a revelation. A few minutes walk was Kitchen Garden Café where I had the hash brows with chorizo and egg. The presentation wasn’t great but it tasted brilliant. Mum had a farmyard of a full English and Ryan had Welsh rarebit, not that the waiter had a clue what it was. The venue was a mixture of garden centre, a shop selling lots of lovely things and the café, plus an outdoor seating area surrounded by plants that makes you forget you’re in a busy town.

I’ll never say Brum is the world’s most beautiful city, or it’s worthy of a week-long visit but it’s a completely underestimated gem of a city with more to offer than most realise, with excellent transport links to pretty places like Stratford and Warwick. It’s high time people stopped saying they won’t go to a place they don’t know at all. Hey, if the New York Magazine is praising it, it’s worth a peek. Oh, and Malala loves it.