Berlin through a Soviet lens

I love my Zenit TTL, which was a brilliantly judged 31st birthday present from my friend Lee. Having the camera has really gotten me excited about the possibilities of using film again. I had the thought that the endeavour would be horribly expensive, and I’d end up with some awful quality lens that would just remind me of that horrible moment in my youth when we collected the film from Boots to find that the pictures of a verdant wood I had taken actually resembled nothing more than a blurry broccoli. That hurt.

As a teen without a camera phone I purchased the dreadful disposable film cameras that did the job of taking a photo without any finesse or joy. As digital came along, I never bothered with film for about 10 years and now I’m obsessed. 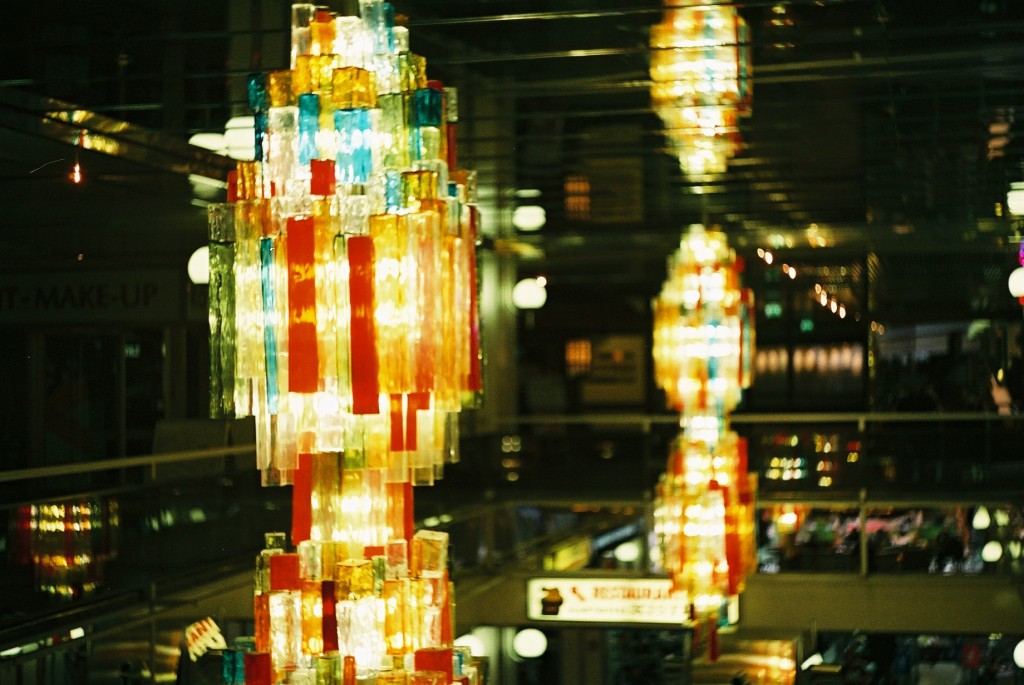 The Europa Center holds strangely fond memories for me; I suppose I must have gone there both when I lived in Berlin as a child (around 1984-87) and when we visited as a family in about 1994. The lights here are evocative of many old shopping centres and it is so refreshing to see these remnants still popping up. The liquid clock is pretty cool as well. 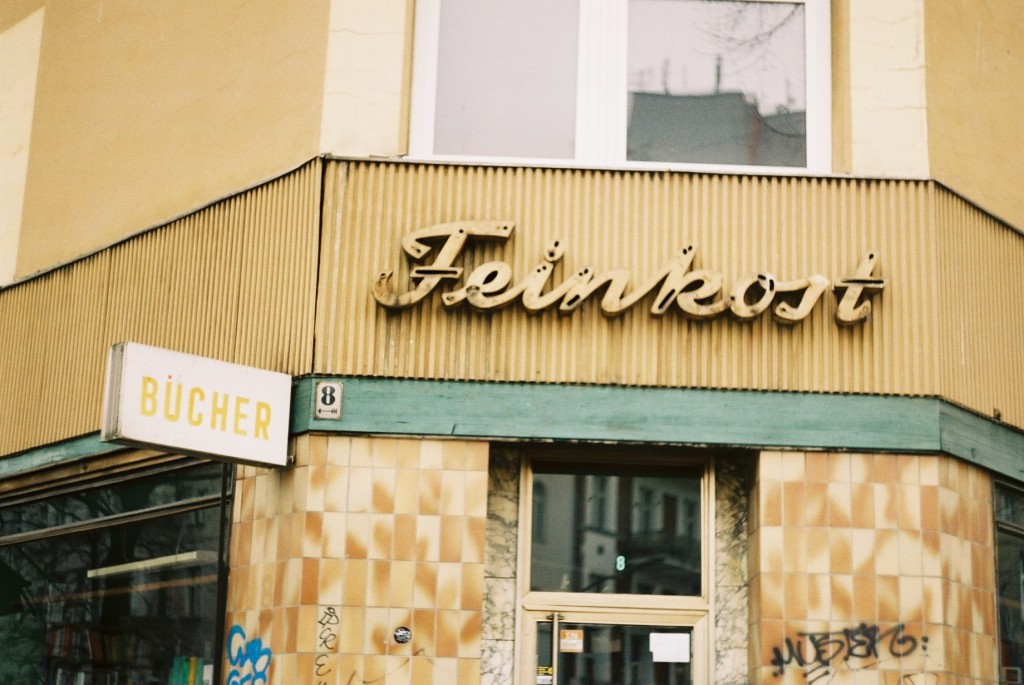 This shot is a stark reminder of the warmth and mood that film can give. This doesn’t look like a photo taken in 2013, but something out of the 1980s, with the beige-caramel tones really popping out. 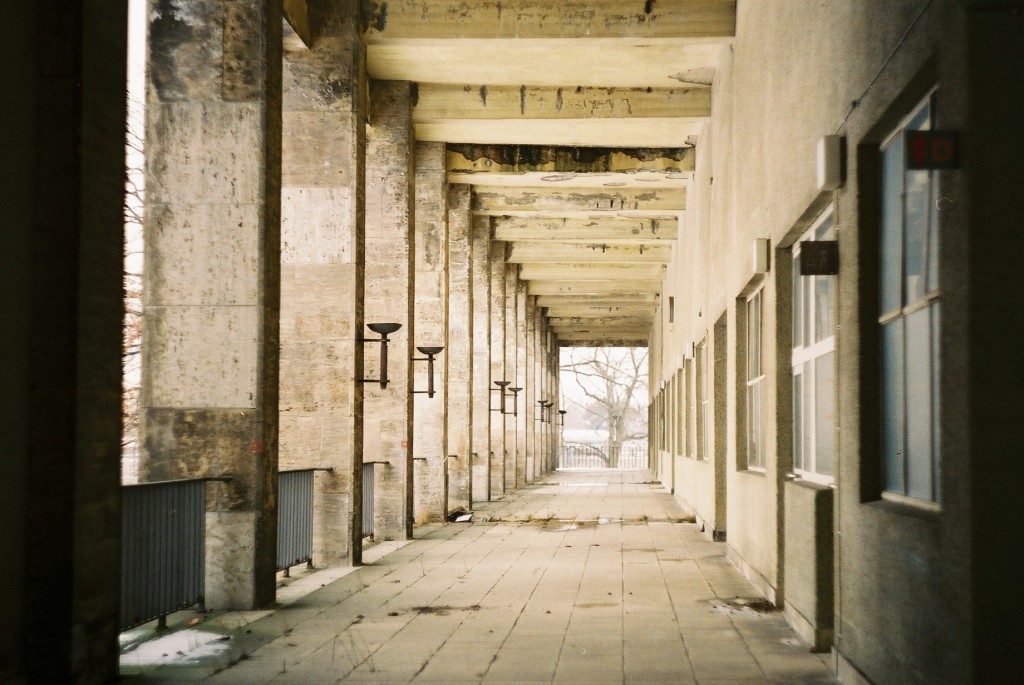 The above photo was taken in the Olympic Park, and it was completely freezing outside, but the architecture was beautiful enough to keep me taking snaps. The view is of the swimming complex which was sadly closed for some sort of renovation work; I had hoped to go to the pool and see if the Swastika was visible around the pool like I’d been told. 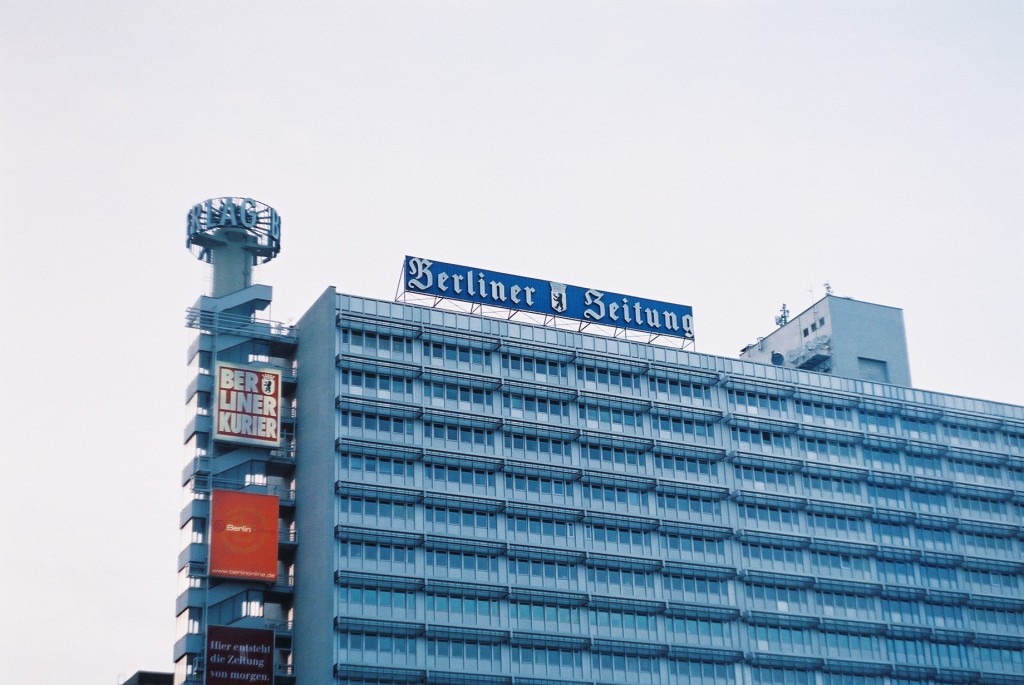 This building, a stone’s throw from Karl-Marx Allee, is the sort of architecture that gets me all giddy. I love the staircase attached to the side and the uniformity of the block which has enough features to keep it interesting. As Berlin continues to change, many old East German blocks are being tidied up, and the city loses a little more of its eclecticism with the changes. 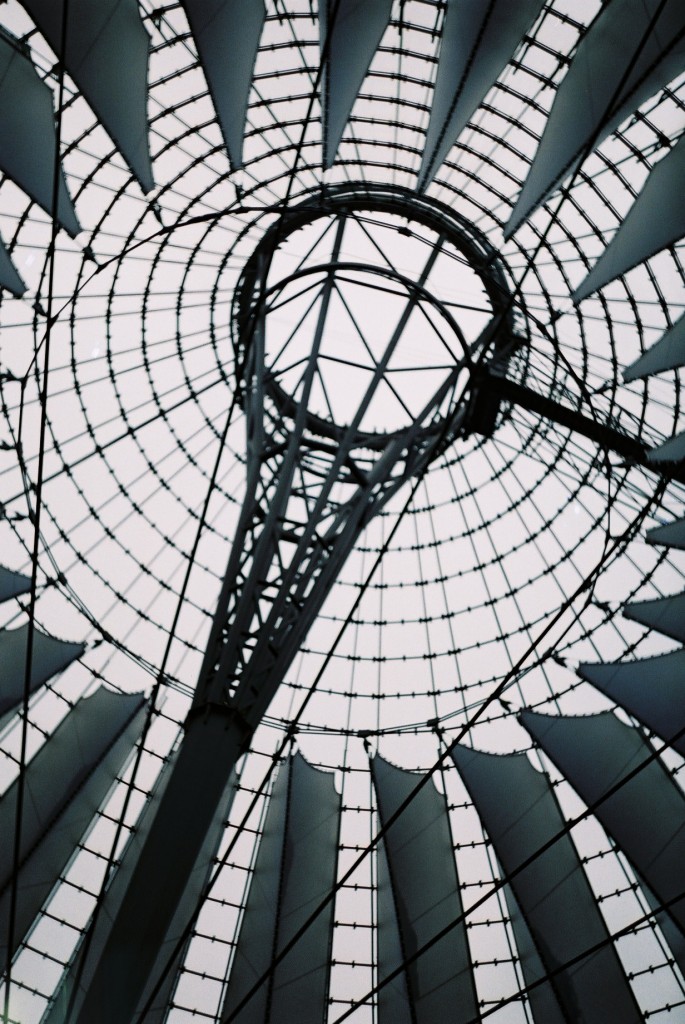 Whilst not perfectly in focus (it was bitterly cold and I was close to being fingerless) there’s something about this, taken in the soulless Sony Centre in Potsdamer Platz, that appeals to me. I think I like it because it isn’t immediately apparent what the shot is of.

One thought on “Berlin through a Soviet lens”